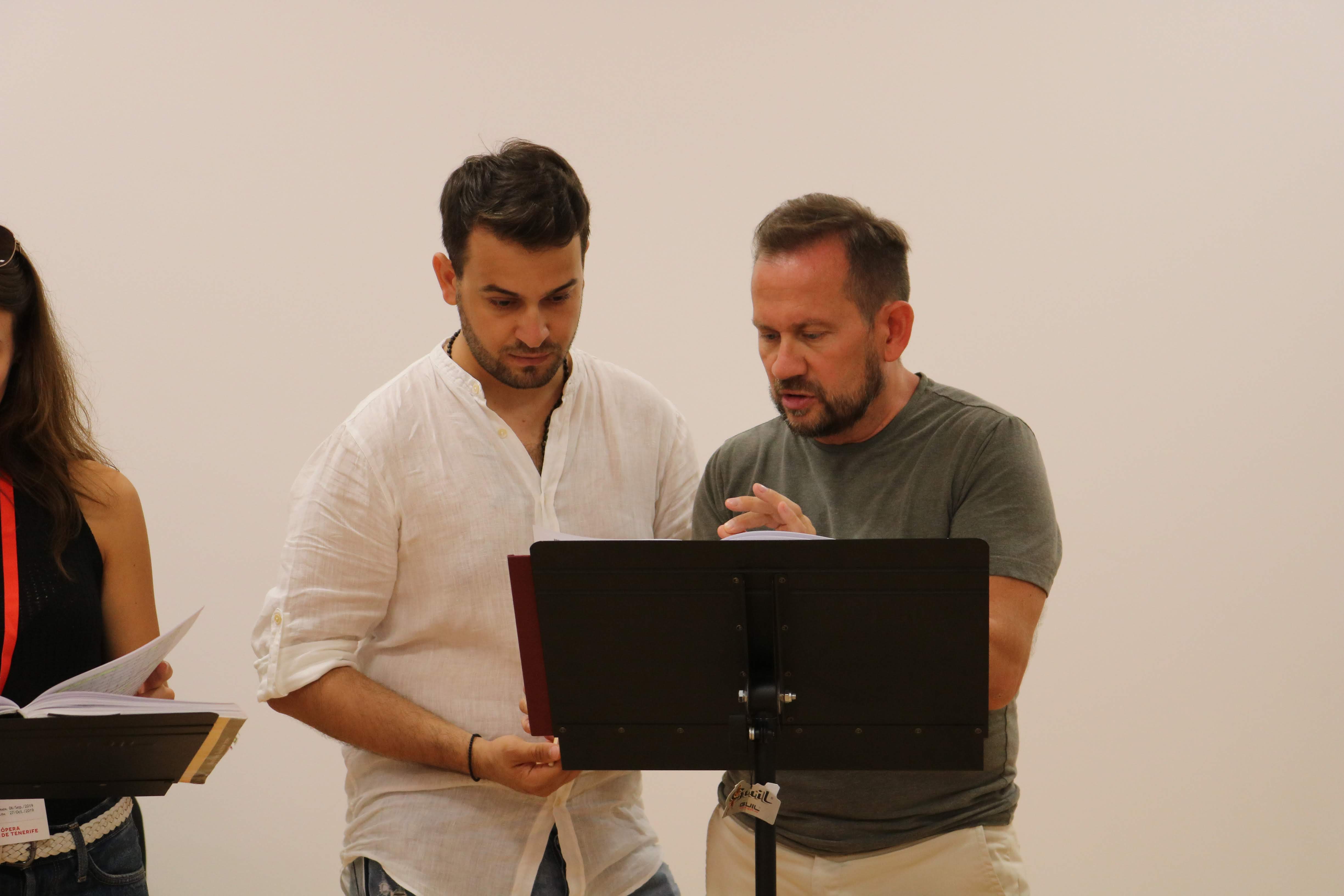 Ópera de Tenerife has chosen the twelve singers who will participate in the eighth Opera (e)Studio, following the selection of the programme’s artistic director Giulio Zappa from 195 candidates from 36 countries. The young singers will reach the Island on 28 January to start their intense comprehensive training  that will end with the performance of Domenico Cimarosa’s Il matrimonio segreto, from 18 to 21 March at the Sala Sinfónica of the Auditorio de Tenerife, a venue under the Cabildo de Tenerife’s Department of Culture run by councillor Enrique Arriaga.

Geronimo will be played by Lithuanian  Ignas Melnikas  and Italian Francesco Leone; the Italian  singers Eleonara Nota and Marilena Ruta sing the role of Elisetta; Italian Giulia Mazzola and German Veronika Seghers will play Carolina; Fidalma is to be performed by Italian Mara Gaudenzi and French Claire Gascoin; Catalan singer Jan Antem and Chilean Ramiro Maturana have been chosen for the part of Conte Robinson, while Turkish Bekir Serbest and Italian Antonio Mandrillo will play the role of Paolino.

Il matrimonio segreto is one of the most interesting and best-known operas of Cimarosa, a clear example of 18th century opera buffa. The plot is full of impossible situations, disguises, and a happy end: A rich merchant wishing to climb up the social ladder tries to marry his two daughters to members of the aristocracy. But he ignores that one of his daughters has secretly married one of his employees.

This opera by Cimarosa has six roles that will be played by the twelve singers in the four performances of this co-production between Auditorio de Tenerife, Teatro Regio di Parma and Teatro Massimo di Palermo. The music director for this show is Davide Levi while Roberto Catalano is the stage director.

The singers, whose age range from 22 year-old Seghers to Serbest, who is 31, will have several master classes on the island by director Giulio Zappa, soprano Mariella Devia and stage director Silvia Paoli.

Opera (e)Studio is a programme Ópera de Tenerife set up in 2013 with the aim of boosting young talents through comprehensive artistic improvement. Its permanent base is at Auditorio de Tenerife and in the previous years they staged Così fan tutte (2013), La Cenerentola (2014), Le nozze di Figaro (2015), Don Pasquale (2016), I Capuleti e i Montecchi (2017), L’italiana in Algeri (2018) and L’elisir d’amore (2019).